Have you spent this summer struggling to sleep in the heat, unable to choose between the security and noise issues that come with opening your windows at night, or closing them and lying in bed sweating? 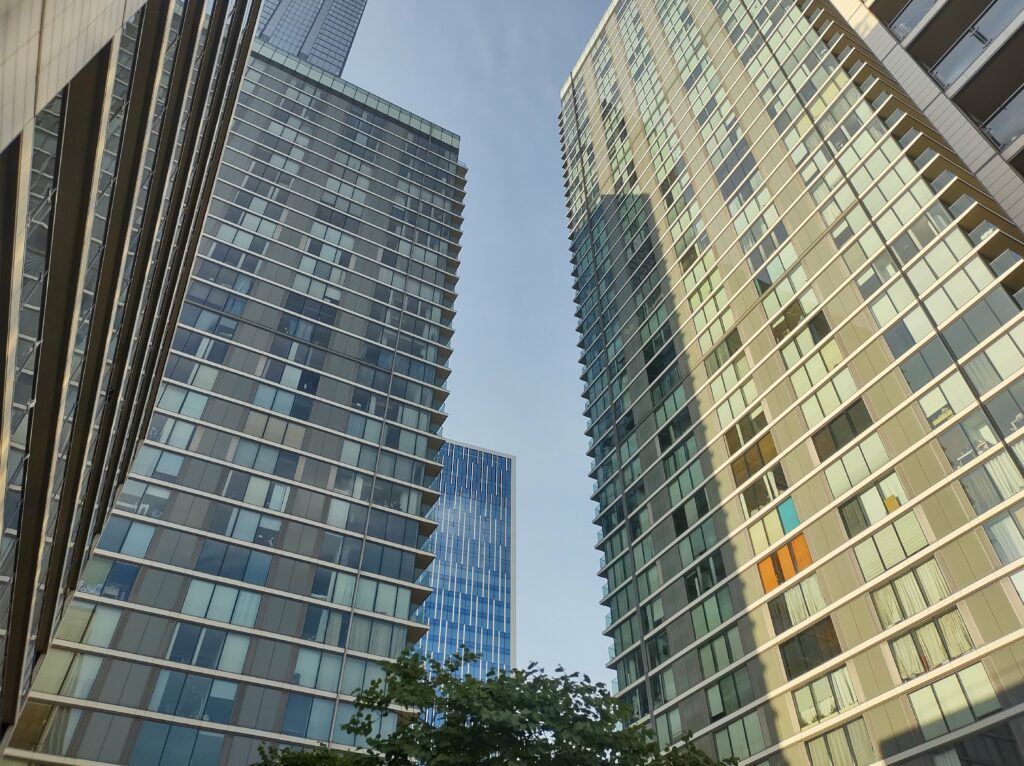 We often hear about how dangerous cold weather is for those suffering from fuel poverty in winter, but overheating in summer kills as many if not more people in the hottest climes, and shouldn’t be disregarded as a vital issue in future building design.

Potentially thousands of new build apartments and houses are affected by serious overheating during the summer months, particularly those which face south, with only a single facade of opening windows and at high level (so under the sun all day).

This is because there are are a number of serious errors in the heart of the overheating analysis provided by the architects and energy consultants during the planning stages of a new build development that are seriously underestimating the risk of overheating.

Why is my home so hot and airless in summer?

If you live in a new build flat in London, or indeed any UK city, chances are you’ve been finding it unbearably hot to live indoors once summer starts. In the worst case scenarios, I’ve visited flats with indoor temperatures at 30 Deg C in January.

Generally, we start feeling discomfort above 25 Deg C, and this is the temperature that the Passivhaus Planning Package (PHPP) will alert the building designer to a serious risk of overheating. If the modelling of the property indicates the home will be above 25 Deg C for more than a few weeks of the year, the building will fail and need to be re-designed.

There are four main ways to cool a building, in order of low to high energy usage:

Trees, parasols, balconies, deep window reveals, external blinds or shutters – if you can keep the sun’s rays from hitting the glazing, you’ll stop the most intense heat from entering the home. Nearly all modern homes are built with very high levels of insulation, which compounds the overheating problem – once the heat is in, the insulation (great in winter) keeps it in all day and into the night.

Opening windows, preferably at both ends of the house to allow air to pass through and blow/purge away the day’s heat. The problem with this solution is that it doesn’t work on calm, windless days, and orientation, security and noise issues can make it impossible to open windows comfortably in practice. 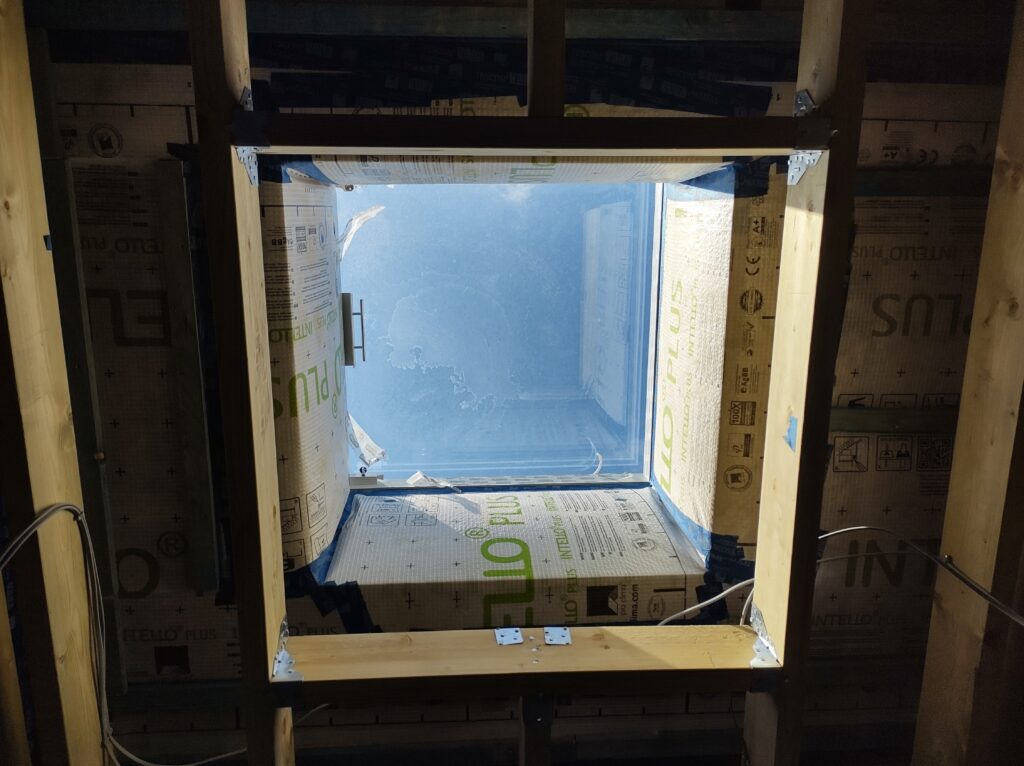 A rooflight can be a source of heat from solar gain, but can also help ventilate a home

An MVHR system can work in helping with overheating by removing stale, humid, warm air from inside the home and exhausting it straight outside via the summer bypass mode. In the evenings and at night it will then bring in cool air from outside, bringing the temperature down. An MVHR also solves the problem of guaranteeing ventilation and air movement even on noisy, windless nights (as the windows can be locked tight).

In some cases, an MVHR can be equipped with a cooling chiller coil if the home has a reversible heat pump already – but this is probably only appropriate for those building a new home, as it’s difficult to retrofit.

The nuclear option for cooling a home in the UK is to install air-conditioning, but this should be a last resort for only the most severe overheating risks. Normally we only see it in rooms with lots of south-facing glazing or in loft spaces. Both of these situations have solutions to mitigating overheating, but sometimes it’s impossible to put in external shading – eg, if you’re apartment is on the 20th floor, or in a conservation area.

If air conditioning is the only solution, remember that AC systems by their nature tend to be noisy, very expensive to run and not particularly comfortable or healthy for long periods. Long term, this type of unit is a really inefficient way to cool a home, so long term solutions such as external shading should still be pursued.

Luckily though, air conditioning will be useful for about six weeks of the year in the UK in the average home – we really don’t have that hot a summer for that long a time. But when you can’t sleep because it’s too hot, any cooling will feel heaven-sent.

Unlagged hot water pipes, audio-visual equipment and computers, tumble dryers, washing machines and structural pieces such as steel beams can all contribute to overheating. If you’ve ever been in the corridor of a new build apartment building you’ll probably have felt how insanely hot it is. That’s because of the hot water in the secondary circulation pipes, which sits there so as to provide instantaneous hot water to each flat, but unfortunately leaks out this heat into the corridors – all year round.

A new build flat is at the highest risk for overheating because it tends to struggle to achieve any or all of the above mitigating factors. 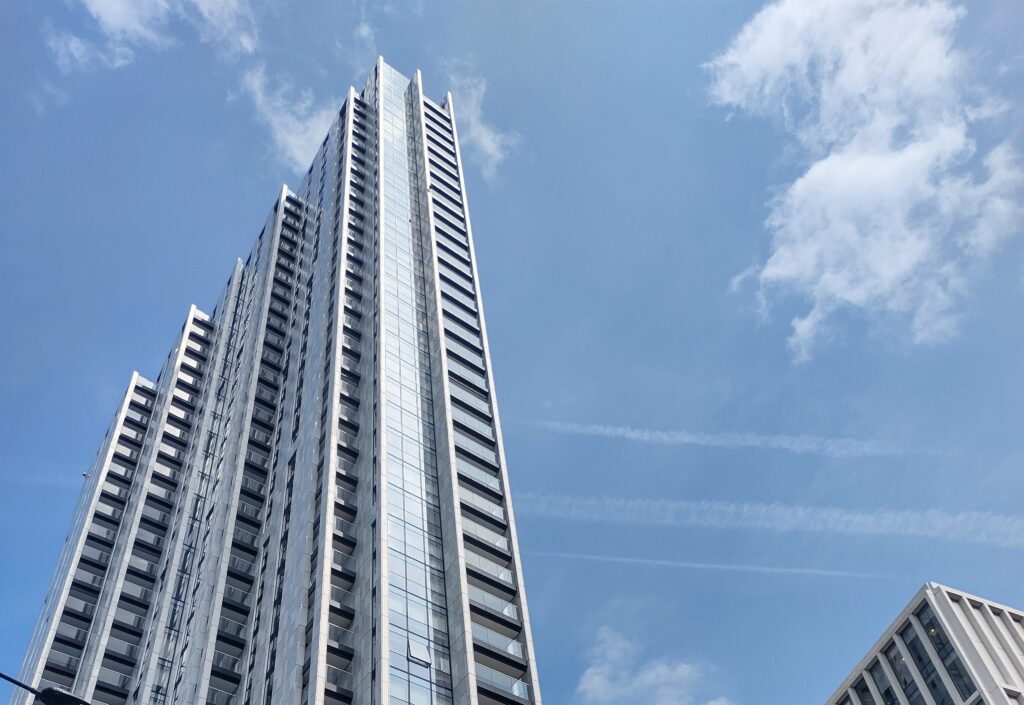 Flats can be at high level (which means there are no buildings or trees to overshadow them), they can have only a single facade of openable windows (which means crossflow ventilation isn’t possible), and they can be too small internally for air-conditioning or good quality ventilation systems.

This is being borne out in the experience of urban dwellers living in high-rise homes across cities in the UK. On some days these flats are unbearably, and even dangerously, hot.

Why isn’t the planning and design stage picking up the overheating risk?

I reviewed the overheating analysis survey of a proposed new build development scheduled for construction in 2020. What I noticed is that they had chosen the easiest apartments on the south-facing orientation to pass the overheating analysis model. They were at low level and therefore potentially shaded by other buildings (not shown in the model), but they were above ground level so there’s no security risks with leaving the windows open. That means the overheating analysis for the block was taken by the best-performing units, rather than the worst. And that’s not fair.

What’s worse, the overheating analysis makes this assumption about the behaviour of occupants:

“Windows are modelled as open when both internal dry bulb temperature exceeds 22 Deg C and the room is occupied.”

The reason that line is significant is because opening the windows fully is an easy way to limit or remove an overheating risk in a theoretical design model. But I don’t think that in reality people are really opening the windows fully as soon as the temperature hits 22 Deg C – that’s a cool temperature for anyone. And plus, it’s dangerous to assume that windows can be opened, with the security and noise issues it carries.

What’s the solution for overheating in UK homes?

For the homes yet to be built, we need firmer guidance on which apartments in a block or homes in a development are being tested. It should be insisted that the homes most at risk from overheating are analysed, and there should be rules on how this is assessed and monitored.

For homes that are already built, possible overheating solutions include placing solar film on the windows, designing with less windows generally (and I personally hate floor-to-ceiling windows), fitting external shading (where possible), fine tuning or boosting the ventilation system or adding in a small air-to-air heat pump to provide limited cooling. All of these options have drawbacks, which is why good design is so important in the first place.

If you are affected by overheating, consider purchasing some cheap humidity/temperature data loggers. You can put these in a few areas around the home and they’ll record the temperature every 15 minutes throughout the seasons, and you can download the data and see temperature/humidity over the year. This way you can build evidence of sustained overheating problems over the year – even in winter.

Please leave a comment if you’re affected by summer overheating in your home, or any other building design issue you’d like to discuss.