I’ve spent the last week of this really nice British summer weather stuck in a windowless room at STROMA’s head office learning about ATTMA’s advanced techniques for testing the airtightness of large commercial buildings such as offices, supermarkets, schools and anything else that has an SBEM rather than a SAP design.

With the Level 2 airtightness testing I now can test really massive building projects – whether one, two, three or four fans are needed to pressurise or depressurise the building, and if co-pressure or balance pressure testing are necessary. 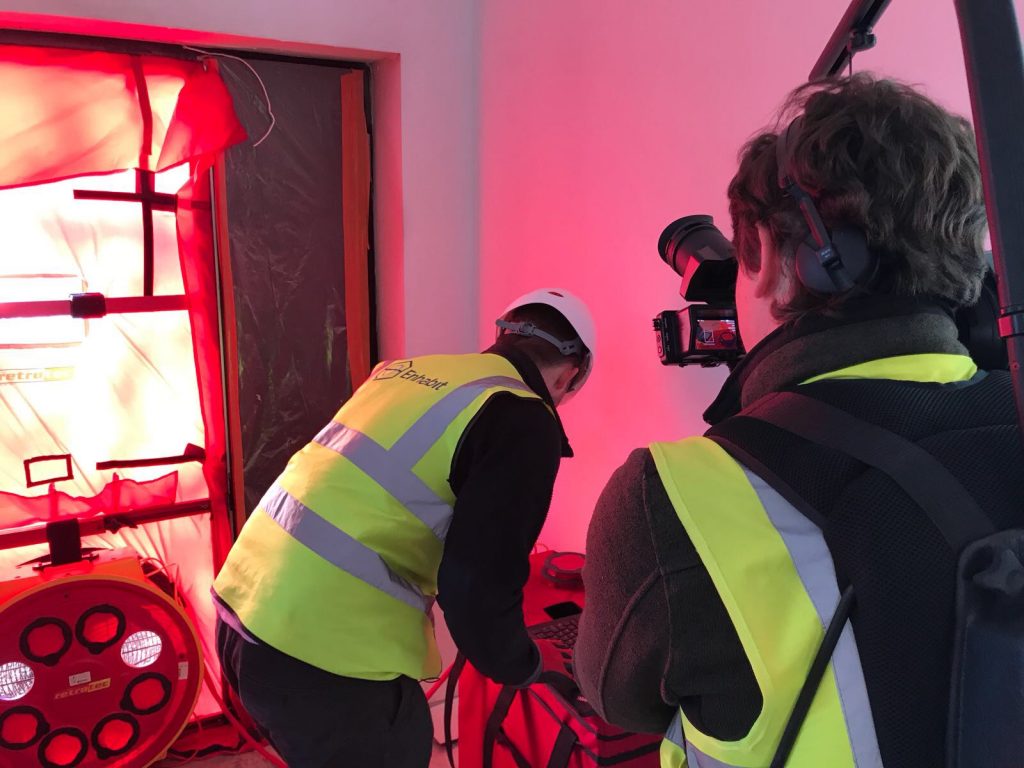 Find out how airtightness testing differs between Building Regulations and Passivhaus here.

Lots of Passivhaus schools, hotels and multi-residential properties are being built around the UK in 2018, and they will need an airtightness testing strategy that considers the difficulties in reaching the Passivhaus airtightness targets. Not meeting the airtightness target is the most notable reason for failing to meet Passivhaus certification – and with large commercial buildings there could be hundreds of thousands of pounds at risk in contract penalties.

Now I’m qualified initially I’ll have a probation period where I have to submit the airtightness results of three large buildings. If you have a large building project that needs airtightness testing please let me know in the comments and I’ll test it for free…