Today I’m going to explain (with photos) why the cheaper MVHR units are a false economy, and can end up costing the buyer much more money in the long run.

Please note, none of the images are from our own installations –  they are taken from remedial projects we’ve been asked to fix. 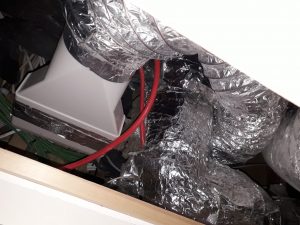 The difference between value and price with MVHR systems

Many people researching MVHR systems write to me with quotations from rival MVHR suppliers which are cheaper than the average costs I give for a turnkey MVHR system in my blogpost. Many mention that these cheap quotes also include a “free MVHR design”.

Although these MVHR alternatives may be a good price, they don’t represent good value – and I’ll explain why.

Some background: in the UK at least, MVHR / HRV systems are relatively new to the market. Most houses have simple ventilation systems which cost about £80 in total (bathroom and kitchen extractor fans + window trickle vents). This is what we’re used to paying for ventilation in residential properties.

UK builders and contractors prefer using extractor fans and trickle vents because they’re very simple to install. But informed homeowners prefer MVHR systems because – although more expensive and requiring extensive installation initially – they vastly improve the energy efficiency, comfort and air quality of the home for its entire lifetime.

So there’s already an uneasy conflict between what builders want to do, and what the end customer wants to do.

It’s very telling that self-builders are such a huge market for MVHR systems – they do the research and realise the best choice is an MVHR system. And the AECB, Building Regulations and Passivhaus communities all agree.

UK ventilation manufacturers choose the bottom end of the market

Sometimes the building contractor is forced to install an MVHR system, whether to meet a SAP design, or mandated by local council air quality requirements. In this case, they want a cheap MVHR system that ticks all of the Part F boxes and is easy to install.

Does a cheap MVHR do the job, though?

The problem with a cheap MVHR is that it’s not built with precision. If the filters don’t fit snugly into the unit (and the cheap ones don’t), then dust and pollen will get into the heat exchanger and the fans, damaging them and reducing their life cycle. 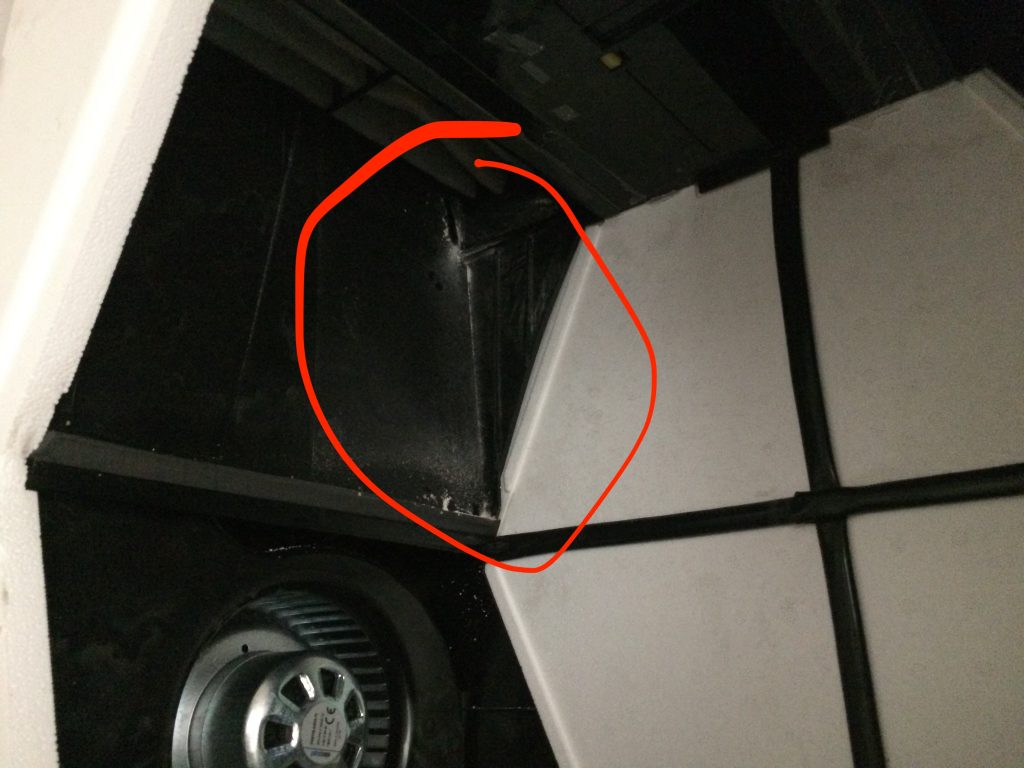 Cheap MVHR units feature minimal sound attenuation, and what they do have is often full of gaps for sound to escape. Poorly-tightened frames and panels mean the MVHR shakes, and these vibrations create noise.

Cheap MVHRs have basic controls, if any at all. Most will be able to boost, but that’s about it. They can’t adapt flow-rates to correct for humidity, internal temperatures or summer overheating.

What does a free MVHR design really mean?

A “free” MVHR design means the sketch of a 2D ductwork layout over the plans using ductwork software. I’ve previously written about how much design work an MVHR design entails. It’s far too much work not to charge for. Liaising with the architect, calculating pressure drops, plant room layouts and structural conflicts are some of the work involved – and consider that this takes time as well as money.

A “free” MVHR design won’t spend any time doing this work, beyond the cursory checks. The 2D layout will look fairly legitimate, but I’ve seen these designs missing even the most basic sound attenuation, with ducts running straight through steel beams. 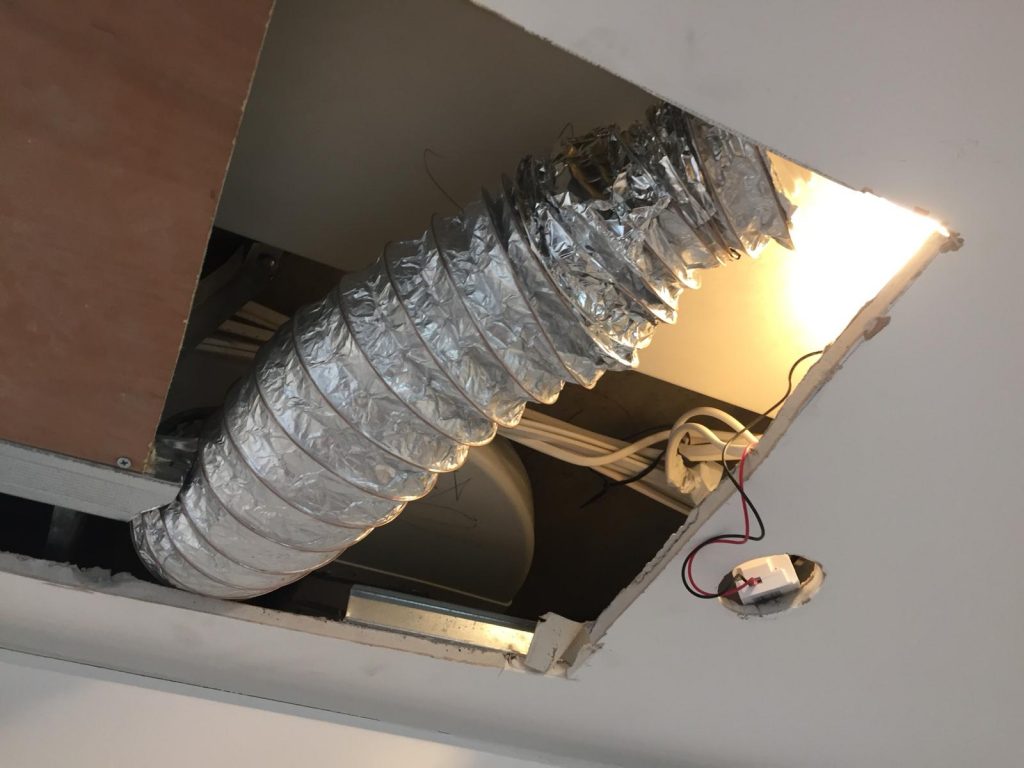 “Free” MVHR designs can quickly prove costly on site. If the 2D hasn’t accounted for structural conflicts, what happens when the duct hits a steel I-beam? Do they cut through the steel beam? Duck underneath it and box it in? Lower the ceiling? 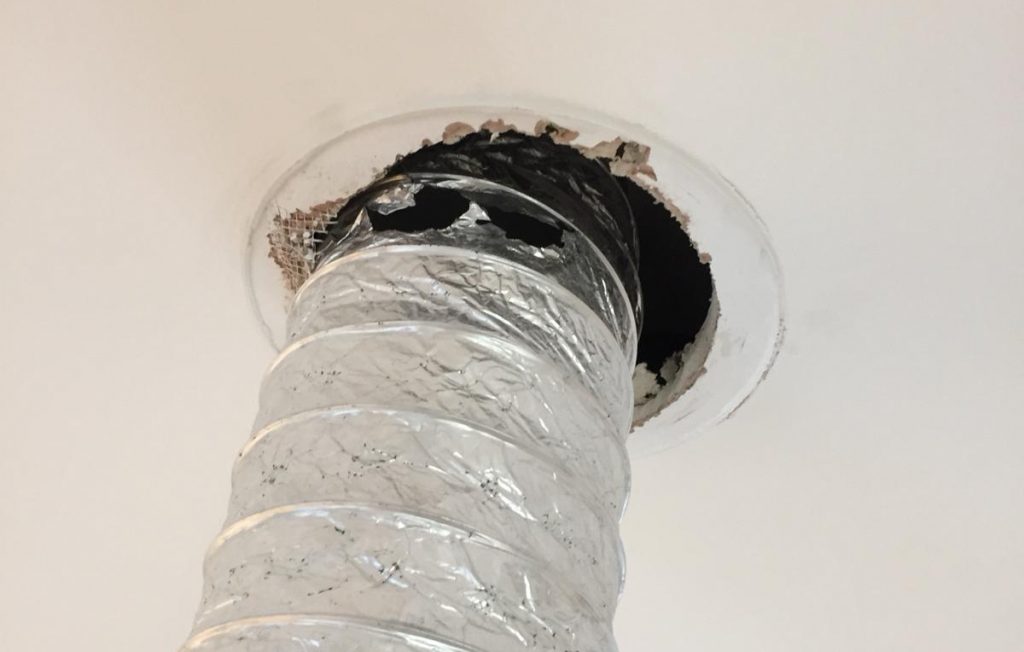 These are expensive and frustrating issues that would have been solved with a good MVHR design back in the office. But what does the cheap MVHR manufacturer care by then? They’ve already sold their MVHR and made their profit.

When I see cheap MVHR systems completed by others that we’ve been called in to fix, I always see lots and lots of flexi-duct, often aluminium but also plastic. 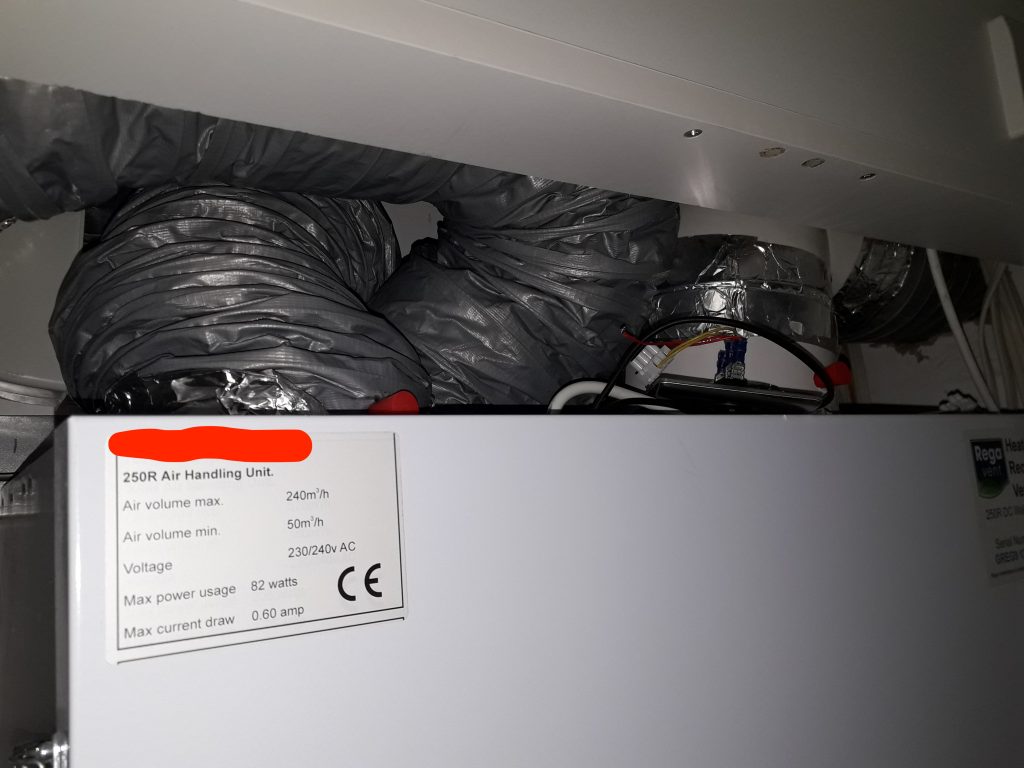 It’s used because flexi-duct “solves” a lot of installation problems, particularly around where the ducts enter the MVHR unit. With a proper MVHR design, a 3D image of the plant room, the MVHR and the ducts entering it will be made. This allows for rigid steel ducts to be used with the requisite bends, which is important as this is the area where pressure resistance is highest.

A cheap MVHR design forces installers to “fill in the blanks”, so they use flexi-duct to deal with any tricky alignment issues. The installer often tells the client that flexi-duct is “sound-attenuation”. It’s not, that’s just an excuse.

Flexi-duct tears and is crushed easily, which damages the efficiency of an MVHR system.  This leads to noise and performance issues over the lifetime of the unit – meaning more  discomfort for the homeowner – and more money to replace it. 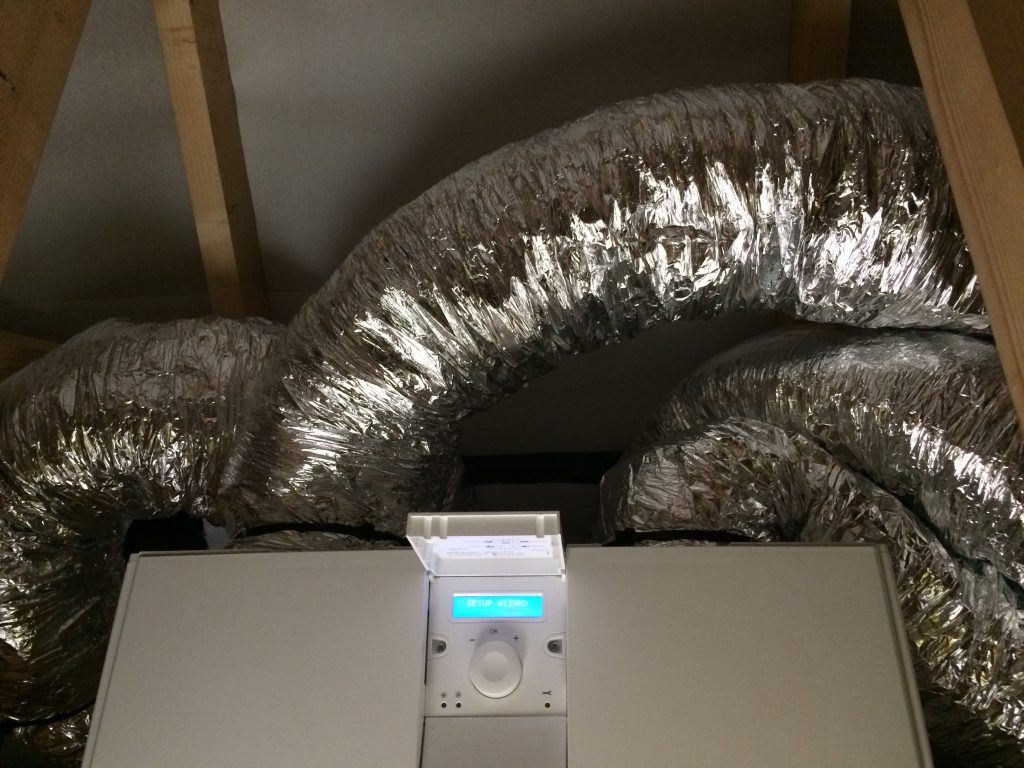 The back right-hand duct is completely crushed closed, which will strain the MVHR for its lifetime

All in all, although the price for the MVHR system may look cheap at first glance, be mindful of what’s included. An MVHR system is always on, even when you sleep, so it should be near-silent, controllable and energy efficient. The best MVHR systems do that so it’s worth seeking them out, and ignoring the cheaper ones at the bottom of the market.

As attractive as the price may be, with MVHRs you truly do get what you pay for.

If you’d like any help, guidance or even pricing regarding your MVHR system, please contact me at patrick [@] heatspaceandlight.com.